Glencairn are now assured of playing Super League football for a seventh consecutive season as they earned the point they required against promotion chasing Shettleston to extinguish any remote possibility of being dragged into the relegation equation. It was Glencairn's last home match of the season, and The Glens now go into their final match on Wednesday evening away to Kirkintilloch Rob Roy hoping to maintain the club's record of never having finished outside the top half of the table in this cut-throat competitive league.

There were two changes to the Glencairn line-up from Saturday's home draw with Yoker Athletic. Graeme Brown returned at right back, with Ross Ballantyne switching to left back and Jonny Boal moved forward into left midfield, and Keiran Donaghy dropping to the substitutes' bench. Brian Welsh returned in the holding midfield role, with Kris Irvine the man making way.

Shettleston's line-up included a familiar face to many of the Glencairn team in the shape of striker Callum McRobbie, who had previously formed a prolific partnership with Glencairn's top goal scorer Ross McNeil in the Treble-winning Glencairn under 21 squad from two seasons ago.

The visitors came to New Southcroft Park very much in the promotion hunt, looking most peoples' favourites for the 3rd place play-off position, and their motivation for the three points was obvious as they came roaring out of the traps and took the game to their hosts. 'Town could have been ahead on no fewer than four occasions inside the opening four minutes.

A corner was forced inside the opening 60 seconds, and McRobbie's cross from the right was headed over the bar by Reece McGillion from 6 yards out. A minute later James McArthur's low cross picked out McRobbie in the middle, and the striker had time to take a touch before firing in a shot which bounced up in front of JC Hutchison, the Glens' no.1 doing well to deflect the ball up and over the crossbar.

The resulting corner picked out Reon Juskowiak at the back post who volleyed over from close range, and then in the 4th minute McRobbie drilled a direct free kick over the crossbar from 20 yards out.

Shettleston's early pressure gradually calmed, though, and Glencairn were encouraged by the scoreline remaining blank as they began to settle into the match. Thomas Kilmartin set up Boal on the left for a dangerous cross in the 9th minute, McGillion stretching fully to head clear.

Having absorbed the early pressure, The Glens now started to take the game to Shettleston and the opening goal arrived in the 17th minute. Sean McGuire's pass released Ross McNeil through on goal, and his excellent first touch allowed him time to pick his spot as he fired a confident finish past 'Town goalkeeper Bryn Halliwell. Glencairn sensed a chance to build on their lead, and McGuire pulled a shot wide of the target before the same player headed wide from a free kick by Welsh. There were claims for a penalty when McNeil was shouldered to the ground by McGillion in a race for the ball in the 26th minute, but the referee wasn't interested.

The referee did point to the spot at the other end, however, in the 32nd minute, and it was a clear cut decision to make. Bob Campbell took on Brown for pace on the left, and the defender dived into a tackle just inside the penalty area, bringing the 'Town man down. Scott Anson stepped up to drill the ball into the net to level the scores at 1-1.

Both sides continued to play attacking football and it was an entertaining match to watch for the crowd in the evening sunshine. A corner by Jordan Dalzell in the 37th minute found its way through to Brown at the back post, but his shot was deflected wide for another corner.

The Glens had a great chance to regain the lead in the 41st minute when Thomas Kilmartin's clever pass released McNeil through on goal again, but this time the normally deadly striker scuffed his shot and Halliwell saved on the dive to his left.

Shettleston went close on the stroke of half time when McRobbie's corner from the right was met by a bullet header from close range by Ross Dickson, the ball flashing half a yard over the crossbar from about 8 yards. Ricky McIntosh of Shettleston and Ross Ballantyne challenge for possession.

In contrast to the first half, Glencairn started the second half on the front foot. Kilmartin's cross from the right was turned over the bar on the stretch by Boal in the 46th minute. Two minutes later a short header back by Juskowiak allowed Boal to nip in and lob the ball over Halliwell, but McGillion got back to head over his own crossbar to safety.

Just like in the first half, though, the next goal was to come against the general flow of play as Shettleston took the lead in the 51st minute. Anson's touch released Callum McRobbie in behind the home defence, and he fired across Hutchison to make it 2-1 to the visitors. 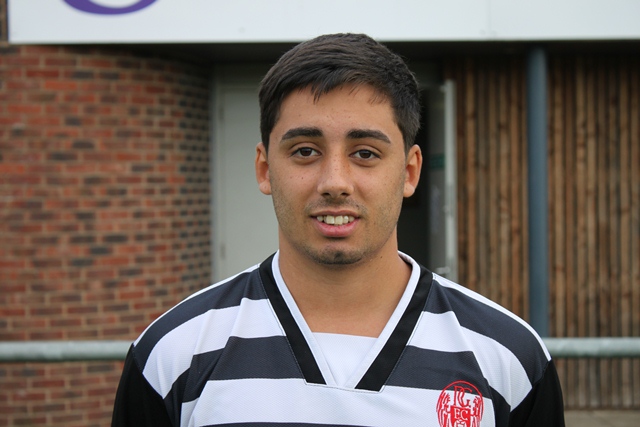 Callum McRobbieGlencairn made their first change on the hour mark as winger Kris Irvine replaced Boal on the left. A minute later a curling free kick cross by Welsh was met by the glancing head of McNeil, but the ball flashed half a yard wide of the far post.

The home side continued to press for an equaliser, and persistent play in the penalty area by McNeil saw him fire across goal, with the ball being hooked away by a 'Town defender from right in front of goal. McGuire went close in the 63rd minute when he turned away from his marker and flashed a shot across Halliwell, the ball dropping narrowly wide of the far post.

The pressure had to tell, and Glencairn got a deserved equaliser in the 69th minute. McNeil and Kilmartin linked well on the edge of the penalty area, before Kilmartin worked his way to the bye line and cut the ball back across goal, where Ross McNeil was waiting to squeeze his shot into the net from close range. It was McNeil's 15th goal of the season in 16 starts.

Either side could win the game now, and to be fair both tried their best to do it. Glencairn had a big shout for a penalty kick just after the equaliser. Kilmartin chased a lost cause and fired in a low cross, and McNeil nicked the ball away from Halliwell before going down under the 'keeper's challenge. The home crowd shouted for a penalty, but the referee chose instead to show a yellow card to McNeil for simulation.

Glencairn went even closer in the 79th minute when McNeil's persistence again created a chance, the final shot by Dalzell being cleared off the goal line by Dickson.

Both sides made a change in the 80th minute, Glens bringing on Keiran Donaghy to replace Brown with Dalzell dropping to right back, and 'Town withdrawing Ricky McIntosh and throwing on Connell Boyle.

Shettleston began to threaten as the match moved into its closing stages and their desire for the three points became obvious. A back header by Dickson flew over the crossbar, before McRobbie set up Danny Boyle for a snap shot which was straight at Hutchison. The 84th minute saw a brilliant save by Hutchison to deny what seemed a certain goal from Campbell's volley. 'Town made a late change with Kyle Brown coming on to replace Anson up front.

The final big chance of the game fell for Glencairn right on the stroke of the 90th minute. Irvine lifted the ball over the defence where McNeil had timed his run perfectly to beat the offside trap. The striker took a brilliant first touch, but he missed his kick with the attempted finish as the ball seemed to bounce awkwardly, and Halliwell smothered it to deny McNeil his hat trick.

The referee added on two minutes of stoppage time, but there were no further chances and both sides settled for a point each at the end of an excellent evening's entertainment.

Man of the match - (chosen by Stuart Brown) Ross McNeil.