Anton Phinn is congratulated by his team mates after scoring the winning goal.

Glencairn Under 21s inflicted the first defeat of the season on league champions Tower Hearts with a 1-0 win at Glasgow Green Football Centre. It was the young Glens' third win and third clean sheet in a row, scoring no fewer than 21 goals in the process, but this narrow win over their big rivals meant far more to the players than last week's 14 goal away win. The result cemented Glencairn's 2nd place in the league table behind unbeaten leaders Harmony Row, with Tower Hearts staying in third place.

It was a slow start from the home side as Tower pressed in the early stages. Craig Coleman's corner in the 5th minute flashed low across the face of goal, and Glencairn's reliable goalkeeper Chris Truesdale made an excellent block with his legs to deny Sean Smith in the 7th minute after possession had been conceded cheaply. Truesdale was called into the action again from the corner as he grabbed Scott Cameron's back post header as it headed towards the top of the net.

Despite plenty of effort and energy, there had been very little of threat from Glencairn in the opening 15 minutes, and the frustration was clear when captain Anton Phinn tried an ambitious shot from 25 yards which flew well over the crossbar. Phinn tried his luck from the same position a minute later, and this time his shot was on target but deflected wide for a corner kick.

A fine interception by Glencairn defender Ryan Clark thwarted the danger as Coleman skipped away from Ross Young on the right and whipped over a low cross. Things were beginning to open up now and, at the other end, Phinn released Jordan Davidson on the right edge of the penalty area in the 19th minute, but he pulled his shot wide of the far post. Three minutes later an inswinging corner by Ryan Caird was just out of the reach of Jamie Strapp at the back post as he stooped low to try to convert with his head. Truesdale had to show his concentration in the 27th minute as he gathered a swerving low effort by Blair MacIntyre, initially blocking the shot and then quickly smothering the loose ball. As usual Phinn was never far away from the creative side of Glencairn's play, and he cut in from the right and fired in a low shot which was blocked in front of goal by Jonathan Walker.

The young Glens were edging the match on pressure and chances now, and Alan Dunsmore's volleyed cross picked out Davidson whose shot on the turn was blocked out as far as Phinn, and the normally composed finisher blazed a shot high and wide from 20 yards. Harry Mitchell's inviting cross in the 34th minute was just out of the reach of Davidson at the back post as Glencairn's pressure continued.

Tower Hearts almost grabbed the lead in first half stoppage time as Caird was a little short with a back pass which almost allowed Smith to pounce, but the alert Truesdale raced out to kick clear just as the striker was swinging his leg to shoot. Harry Mitchell tries to turn the key of the Tower Hearts defence.

Both managers sent the same personnel out for the second half, and The Glens didn't have to wait long for their first big chance of the second half. Phinn's corner in the 47th minute came right through to the back post where Jack Ferguson and Strapp got in each other's way, the ball rebounding off them and narrowly wide of the post.

Tower Hearts responded moments later with Aaron Graham trying a dipping shot which dropped over the crossbar, Truesdale having it well covered. Phinn continued to be the main source of threat, and his curling cross in the 58th minute almost picked out Young at the far post but the ball just had too much pace on it.

Glencairn appeared to have a grip on the midfield now, with ex-Celtic midfielder Caird directing traffic in the centre of the pitch, helped out by the energy around him of Michael Lone. Dunsmore was also impressing from right back, and he won possession on halfway and drove forward before firing a shot which was deflected for a corner on the hour mark.

The first substitutions arrived in the 64th minute with The Glens making a double change. Paul Ross Caughey replaced Davidson up front, while Brian Ashe slipped into the right side of midfield to replace Ferguson. Tower Hearts responded with Sean Hughes replacing striker Smith a few minutes later.

Mitchell's angled lob dropped just over the crossbar at the mid point of the second half, and it seemed that, if a goal was coming, it was going to come for the home side who were now looking the far more threatening side. Tower Hearts had posed very little threat in the second half to this point, but there was a reminder of their danger in the 73rd minute as Graham pulled a save out of Truesdale with a speculative shot from 20 yards.

Sean Monaghan replaced Coleman for Tower Hearts with 15 minutes left on the clock, and Graham threatened again as his low shot tested the safe hands of Truesdale again, the stopper smothering the angled shot down low.

Chances were beginning to come at both ends now and, with defences on top, it seemed that one goal would secure the points for either side. A brilliant sliding block by Tower defender Walker denied Caughey as he pulled the trigger on the end of Phinn's pass in the 76th minute, but the decisive moment of the game was only a few seconds away.

The ball was fed to Anton Phinn on the edge of the penalty area, and he cut inside before chipping the ball towards the top left hand corner of the net. Tower goalkeeper Daniel McLean got a hand to the shot, but he couldn't prevent the ball dropping behind him and into the net to put the young Glens 1-0 ahead. 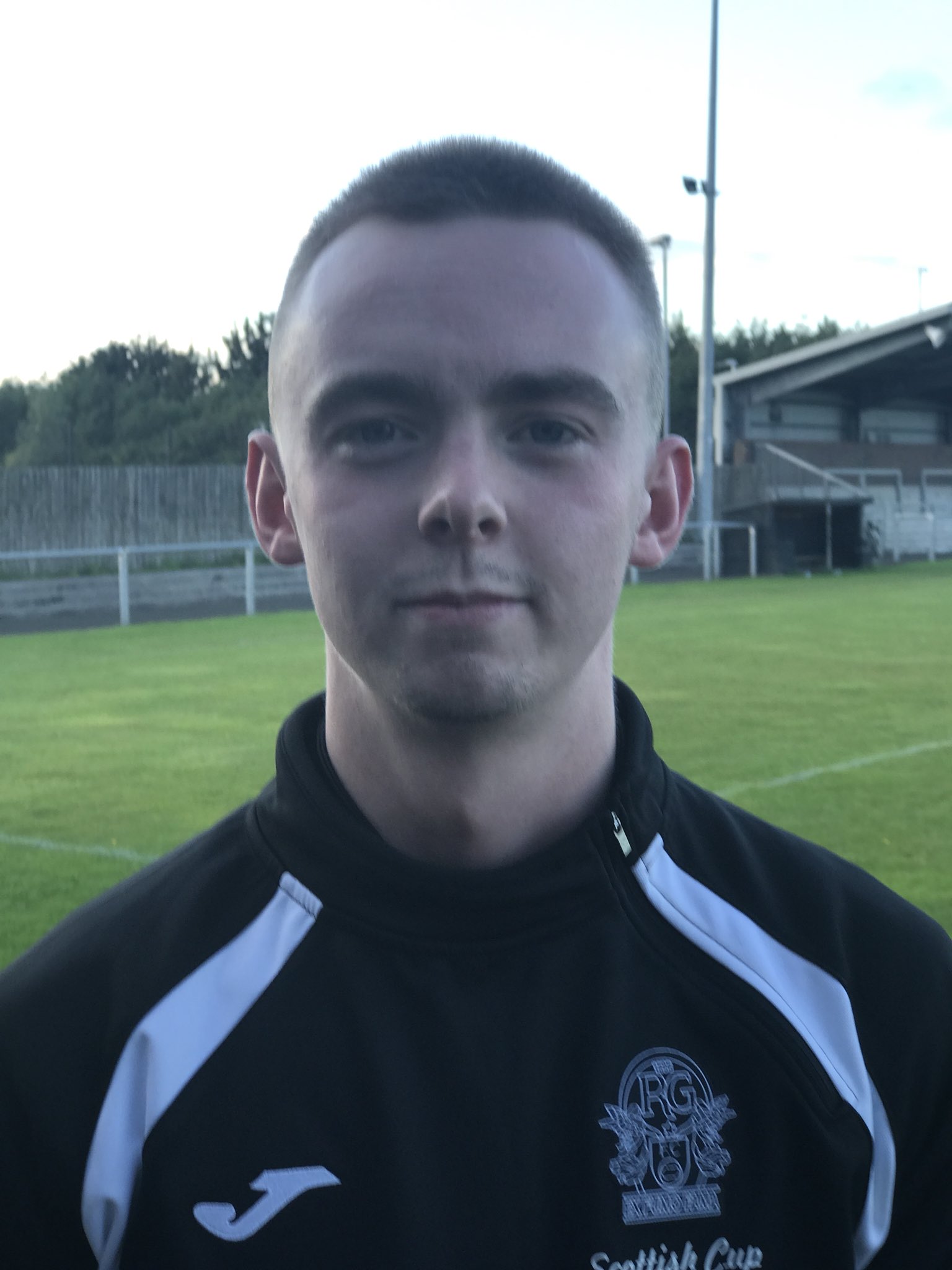 Tower Hearts pressed forward to try to recover their unbeaten record, but they were met by a solid home defence and Glencairn picked them off on the break. Caird was released on the right edge of the penalty area in the 83rd minute and his angled shot was only parried by McLean, David Seagrave getting back to clear the ball in front of goal before Phinn could tap it into the empty net.

An ambitious bicycle kick attempt by the impressive Graham flew off target in the 84th minute, before the referee enfuriated the Glencairn players and officials a minute later. Tower central defender Ben Cappie had been shown a yellow card earlier in the match and, when he dived into another very late tackle, it seemed a second yellow and a red was inevitable, but for reasons known only to him the referee chose to only give a free kick and avoid the other issue completely.

As the match moved into the closing minutes Tower threw everything they could at Glencairn. Graham's free kick from the right came over Clark and bounced off Aiden McElhinney towards goal, but once again Truesdale was a match to the effort as he dived low to save on his goal line.

Glencairn had a golden chance to settle the match in stoppage time as Bradley Gray completely misjudged the ball, allowing Caughey to run clear on goal, but McLean made an excellent block to the shot to keep Tower's hopes alive for another minute or so.

Tower launched one final attack deep into added time as they crossed to the back post and the ball was headed back towards goal, but the commanding figure of Truesdale clutched the ball out of the air and smothered it on the ground to calm the home side's late nerves. A few seconds later the referee blew for full time to secure the three points which were deserved on the balance of play over the ninety minutes.

Man of the match - Ryan Caird. 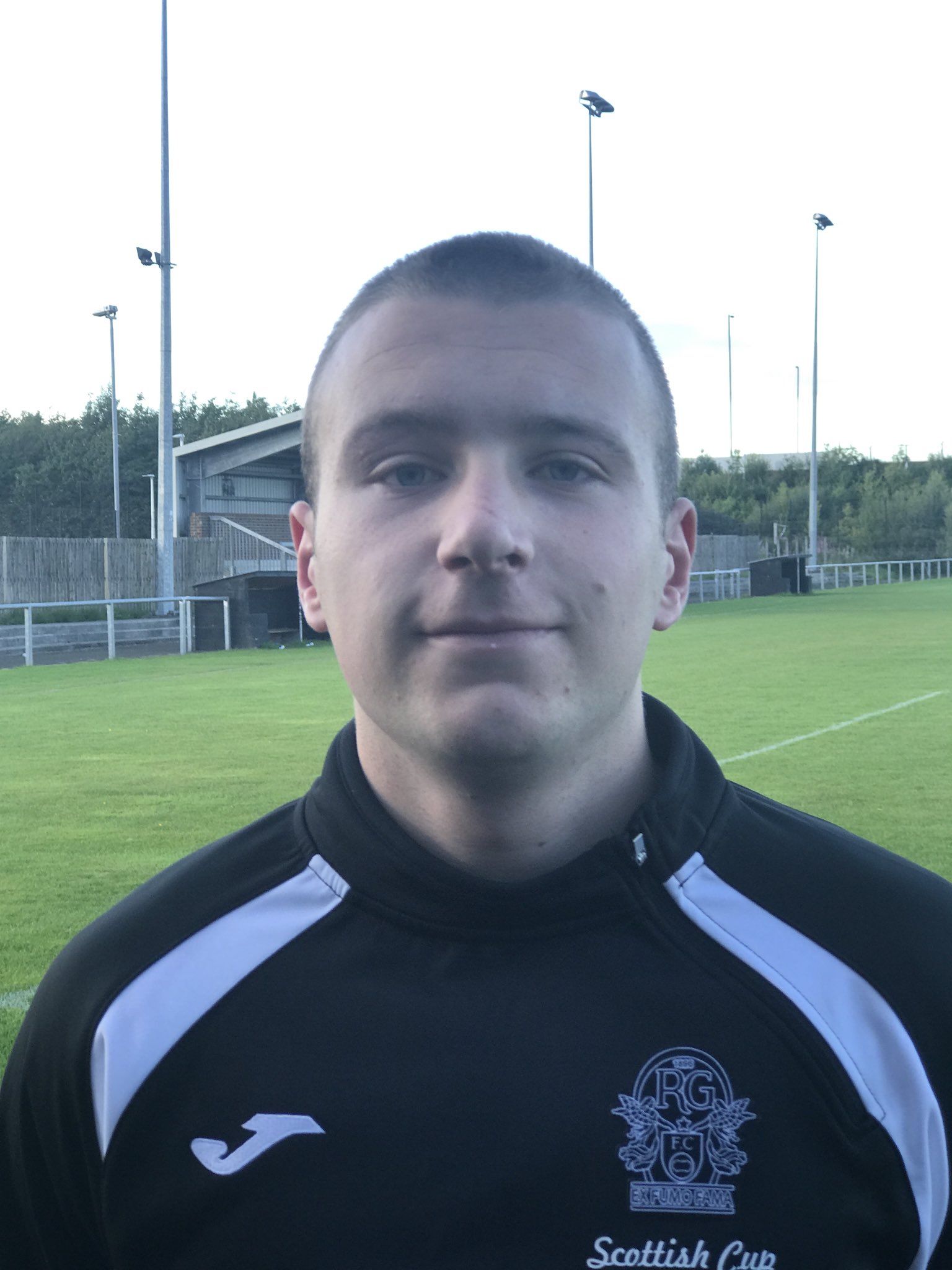